"I would without hesitation recommend OCEI for all vision needs."
ReadMore
Proven Service Excellence

We are proud to serve patients of all ages with basic or very complex needs. From consultation to the chair. 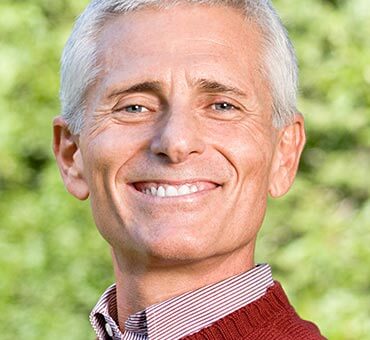 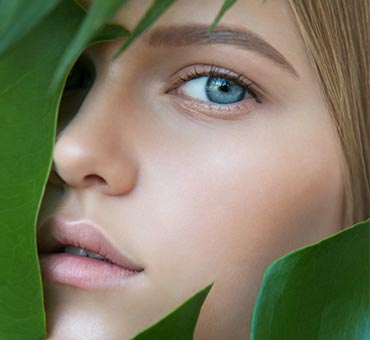 Where you receive compassionate care from an experienced team of eye specialists!


We believe that the eyes are one of the most precious resources each individual has. Vision is crucial to your level of involvement and enjoyment of life. Our staff is proud of the high standard of care we provide to every patient who visits our eye institute in Laguna Hills. Dr. Salib is more than an eye doctor; he is a consummate professional with years of education and training coupled with a passion for service.

You do not have to live with vision that will not allow you to do the things you would like. Whether your immediate goal is to preserve the optimal vision you currently have or to restore clearer, sharper vision with the latest corrective procedures, we can help.

Offering comprehensive and surgical ophthalmology services, we are the premier eye care center for residents of Orange County. We serve areas such as Laguna Beach, Laguna Hills, and Lake Forest, CA. Patients who want the absolute best trust their eyes to a board-certified ophthalmologist, a physician who has completed advanced education in the area of eye health and treatments for the numerous eye conditions that exist. At Orange County Eye Institute, we perform routine examinations for eye disease; provide accurate diagnosis for conditions and full explanations of recommended treatments. If necessary, eye surgery may be performed.

Orange County Eye Institute is committed to helping individual patients live their lives to the fullest by maximizing their vision with personalized care.
ReadMore

"It's all about helping our patients to maximize their vision and living their lives to the fullest," says
Dr. George M. Salib, MD, MS, FAAO
ReadMore 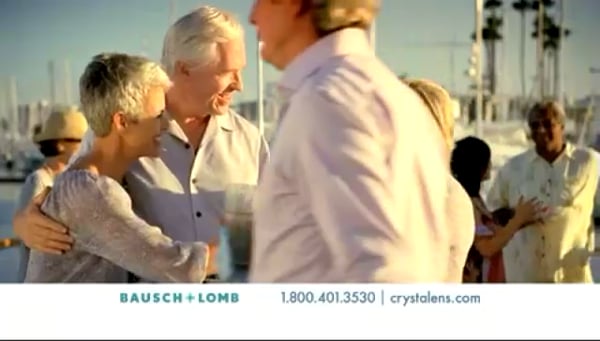 Hi I’m Florence Henderson. When I had cataracts, it was like seeing everything through a hazy film. My doctor said cataract surgery would remove the haze but ordinary cataract replacement lenses wouldn't fully correct my vision....
Video Transcript

Hi I’m Florence Henderson. When I had cataracts, it was like seeing everything through a hazy film. My doctor said cataract surgery would remove the haze but ordinary cataract replacement lenses wouldn’t fully correct my vision. So, I chose crystal lens. Crystal lens correcting my cataracts and gives my eyes their natural range of vision. Now I can see my phone street signs even the gaps in my car. Some crystalens patients may experience glare and other visual disturbances. All surgical procedures entail some risk and crystalline has the same potential risks as all other intraocular lenses. Many patients hardly if ever need glasses after surgery. Only your surgeon can determine if crystalens is right for you. If you want your vision to go from this, to this, talk to your eye doctor about crystalens find a specialist at crystalens.com crystalens by Bausch Lomb, don’t just see, see better. 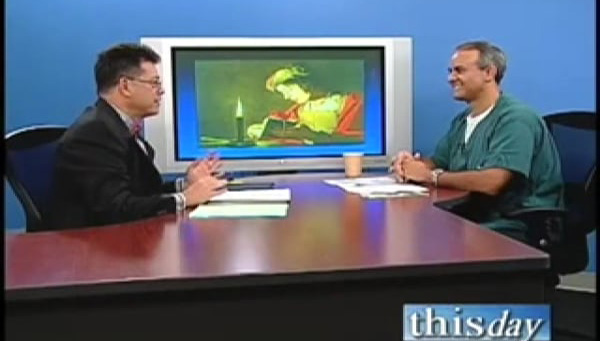 I was having more and more difficulty seeing clearly especially street signs you have no idea how many U-turns I could make before I got to my destination if I was in an area that was unfamiliar. So, I consulted with Doctor Salib....
Video Transcript

I was having more and more difficulty seeing clearly especially street signs you have no idea how many U-turns I could make before I got to my destination if I was in an area that was unfamiliar. So, I consulted with Doctor Salib and he performed cataract surgery on both eyes. As you can see I’m not wearing glasses and I get to my destinations in a very short time. We are located in the saddleback memorial medical towers see well live well. 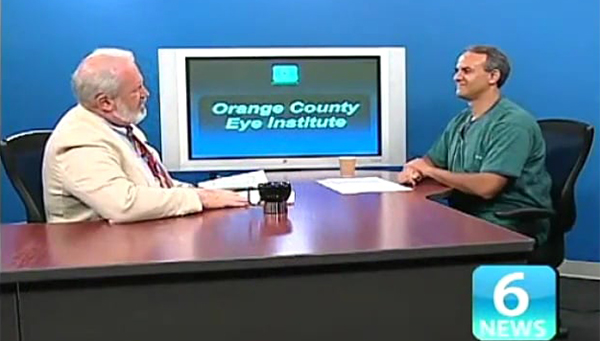 We welcome you back as we continue with our Monday program here on channel six. Our good vision always very important that we all keep our eyes working well and Doctor Salib back with us today to talk about that welcome to the show....
Video Transcript

High Blood Pressure and the Eye 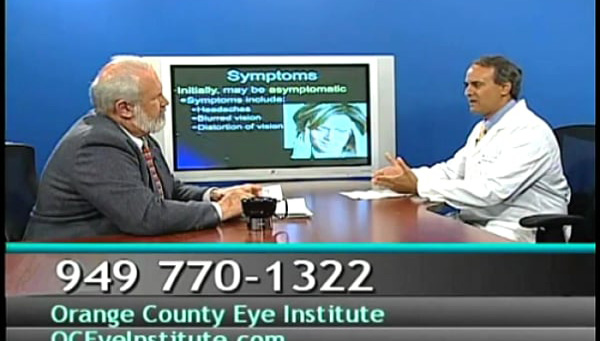 you know pretty much anytime you visit almost any doctor these days one of the things they want to do is wrap this black thing around your arm and squeeze this little bulb and check your blood pressure, right,  and obviously that's very important....
Video Transcript

Diabetes and the Eye Interview on TV6 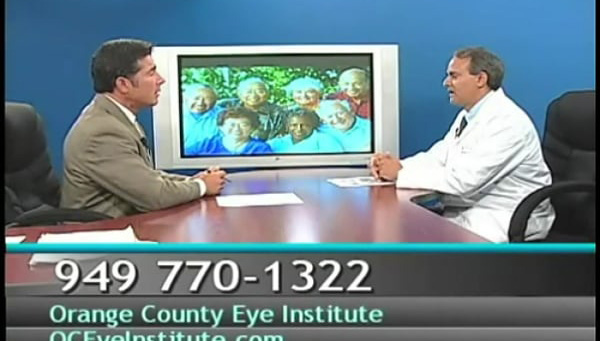 a lot of people go by and they have diabetes and then they don't realize that what's affecting their vision then all of a sudden, they start to see blurred images and then they figure out well what's going on. Right, so diabetic eye disease really affects....
Video Transcript 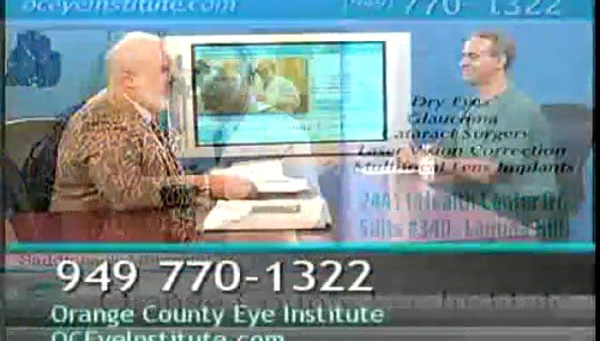 Right, way to correct your vision we're talking about something called LASIK today and I’m assuming those letters stand for something. Exactly LASIK stands for laser-assisted in-situ keratomileusis and it's just a fancy name for saying that we create....
Video Transcript 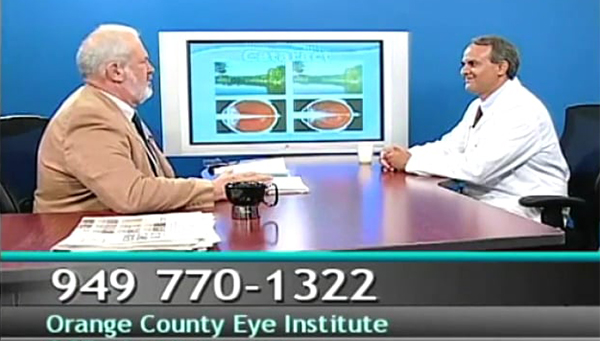 something to hear a lot about and I guess as we age more and more of us or our family and friends have to deal with something called cataracts. now it's a something that you've studied for years in medical school....
Video Transcript 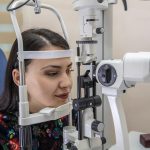 Treatments to manage Glaucoma the “silent thief of sight”
Jan 6, 2023 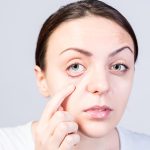 Eyelid bumps come in all sizes, colors, and types; clearing them starts with an accurate diagnosis
Jan 6, 2023 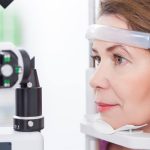 What is “pterygium”? Your guide to preventing, managing, and treating sun damage to the eyes
Jan 6, 2023 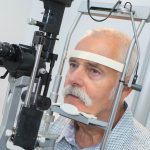 What is a cataract? Answers to FAQs about this condition, including treatment with surgery, in Laguna Hills, CA
Dec 15, 2022 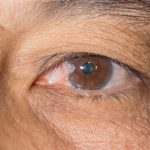 The importance of proper sun protection: How we prevent and treat pterygium (surfer’s eye)
Dec 13, 2022 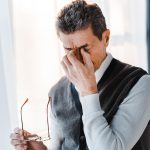 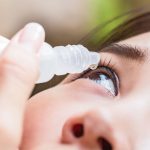 Why the YAG Procedure May Be Needed After Cataract Surgery
Aug 4, 2022 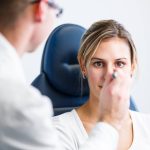 The search to find an exceptional cataract surgeon ends in Laguna Hills, CA at our specialty center
Oct 28, 2020

We are now open and seeing patients in the clinic! We are also pleased to offer TELEMEDICINE consultations for any patients who prefer to stay home: please call 949-770-1322 or email us at info@oceyeinstitute.com for more information.

The Orange County Eye Institute is committed to the health and safety of its patients, team members, and physicians during the current COVID-19 crisis. We sincerely hope you are staying healthy during this difficult time. We have implemented extra precautions in our clinics to keep our patients and team members safe and are following all recommendations made by the CDC.